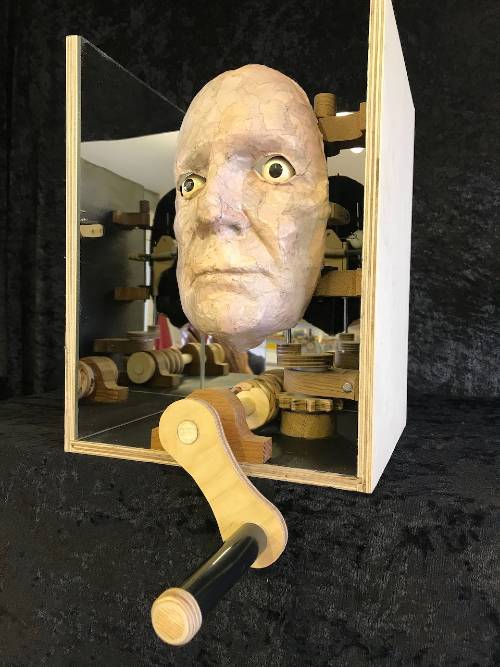 Almost completed project
This is a sequel of "On a Roll", part of which involved making a papier-mache mask of my face and making the eyes move.  I decided to put the mask and eyes in a different setting - in a box lined with mirrors and position the whole thing at head height so that viewers would see their own reflection with "me" observing from the side.
I wanted people to think about self consciousness, particularly with regards to their own appearance.  Hence the title.
Here's a link to a video of the almost completed project: https://youtu.be/qyeJOTDl85s
"Almost" - I haven't decided whether to varnish the outside of the box, and I need to fix it to a wall at head height.   Many thanks to Nigel Phillips, who made a lovely job of making the box for me. 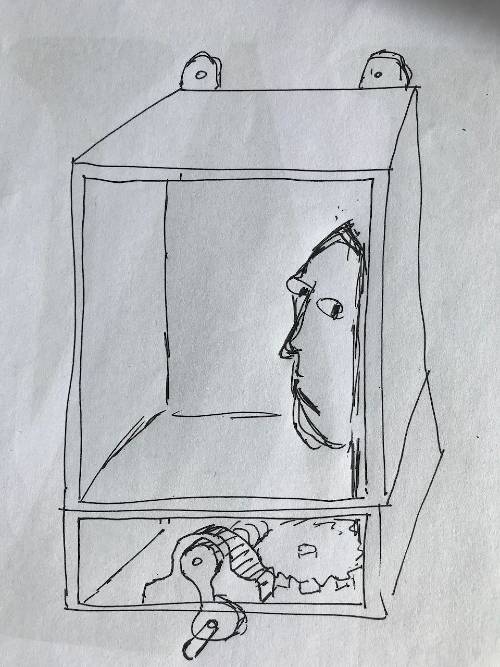 My original sketch.  I ended up removing the top, to let the light in, and eliminating the shelf above the mechanics. 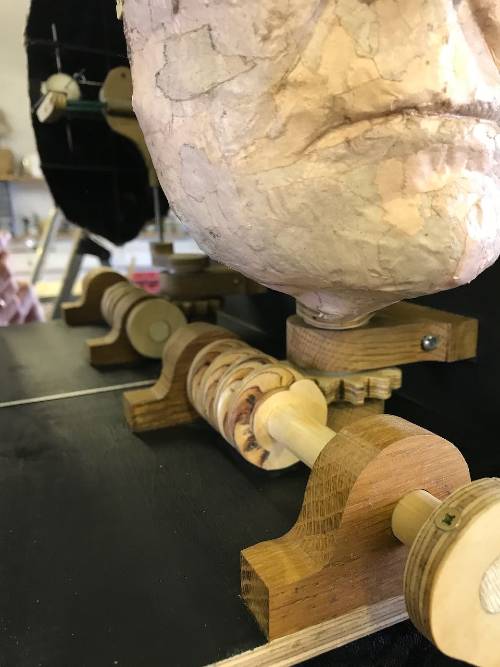 I spent a lot of time trying to make the wooden worm gear shown in this photo.  I cut 7 discs of plywood, glued them on to a dowel and then  smoothed them off on a lathe.  I made a a jig on top of an improvised router table to cut the threads on a spiral using a router. 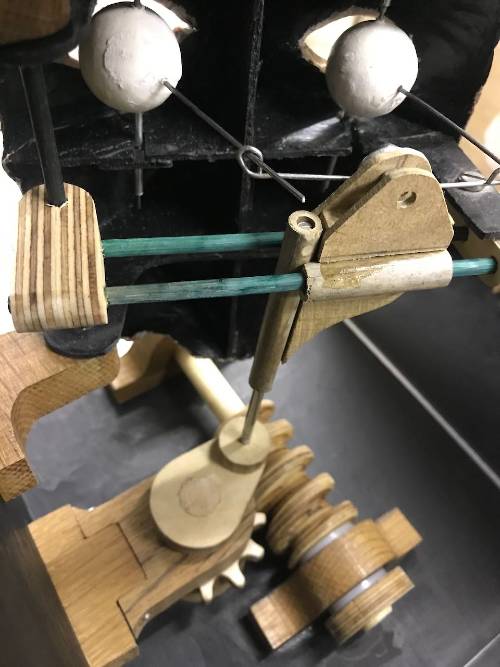 The photo above is a view behind the mask showing the worm gear and the mechanism that swivels the eyes back and forth.  I'm rather proud of inventing this - and also of designing the whole thing so that I could dismantle the mechanics if refinements proved necessary - which was often the case